Acting Out and Joining the Marines 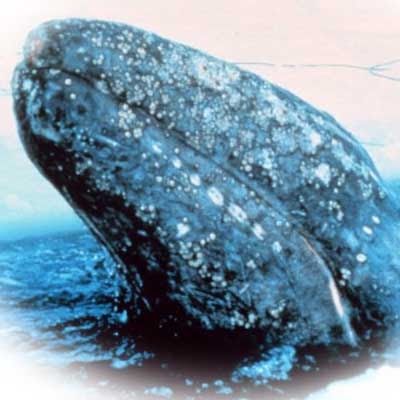 So, Chris and I were just minding our own business in Physics class, but poetry has a way of chasing us down. Here's our first co-curricular activity for our class, SeaChange: Reversing the Tide, but you might be interested in attending, too. Gee, Talia, this would probably be a good article for the Preface, or the Tribune, or something. It seems very naked and exploratory.
"This dramatic lecture is by Roger Payne, an internationally acclaimed marine biologist best known for his work on whale behavior, and Lisa Harrow, an award-winning actress known for her work with the Royal Shakespeare Company, and her work in films and numerous BBC and American TV shows.
"Roger Payne has been featured in over 40 documentary films for television and co-wrote and co-directed the IMAX film 'Whales.'
"The lecture includes Roger's experiences working with whales and vast understanding of environmental science combined with the power of prose and poetry by William Shakespeare, Percy Bysshe Shelley, Wendell Berry, Mary Oliver and other poets. This duo has performed throughout the United States, New Zealand, and Mexico. Their performance has been noted for its success in making the science more accessible, and for its encouragement of individual action in working towards creating a sustainable society."
Tuesday, January 15, 2008, 7:30 pm, Northside Recital Hall, NS 158.
Posted by Charmi at 7:44 PM

Yes, I saw that on the ArtsEverywhere email. Looks like it would be boring/intersting.

Hmmm...I thought the same thing. Not to mention I am very anti-"sustainable-communities-theme" right now. This is due to the fact that 1. I feel like a leper every time I light a cigarette within view of IUSB and 2. (and most importantly) After paying a hefty "technology fee" I now find out that the computer labs are charging students to print, and many professors are not printing things for us so they can "save paper." Interesting how that just happened to work out.

Yeah, it sucks when you find out you have to pay your own way through life.

Or pay it twice. I thought they weren't going to start charging for paper until fall...and only after you have used up your allotted amount. Those fees really drive me nuts. Glad I'm almost done with them!

Well, I've always thought of IUSB as an incredibly good deal. I rarely use the computer labs, but I really enjoy the service when I need it and think of it as a value. There is also this amazing relationship between using resources more wisely when you have to pay for them directly. Of course, we could always raise taxes to cover the costs and spread the burden of our waste throughout society. So, I know this is a mom-sounding post, but let's face it, I'm getting old and grumpy.

Of course, if you have evidence that the computer labs are skimming money for poker night, it would be an interesting newspaper piece.

I agree with you mostly, Charmi. There is way too much waste in the computer lab, and it is pretty convenient. But my professors are telling me to print out my own stuff, and the tuition and fees aren't getting any cheaper.

This is kind of an odd stance for you and I to be in, I'm taking the conservative view and you're taking the liberal view! But consider how much our education is already subsidized by Indiana. Have you ever looked at the differences between in-state tuition versus out-of-state? Last year Tom wasn't a Michigan resident and we had to pay over $10,000 more for his tuition. All that being said, I'll go back to being a liberal. I think everyone should have the opportunity to receive higher education, but there needs to be a little consideration and appreciation for what is being received. If it sounds like I've picked up too many dirty socks that weren't my own over the break, I probably have.

I agree. And I agree that college education is highly public-funded, and I think it should be. I think as education becomes more important we need it to be accessible to our society.