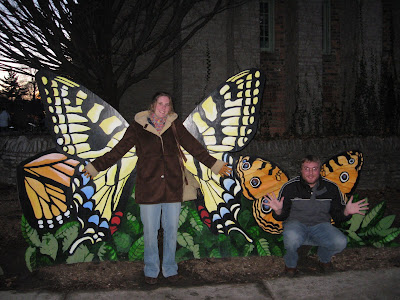 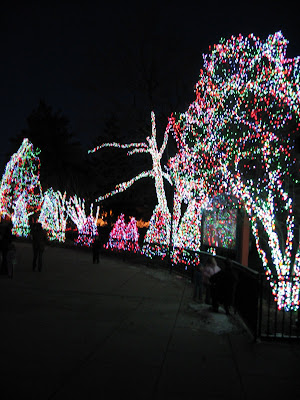 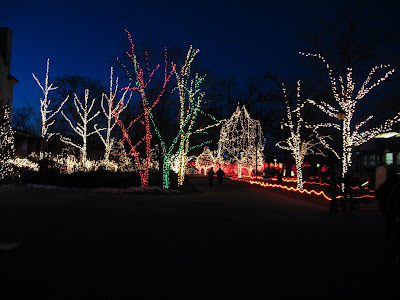 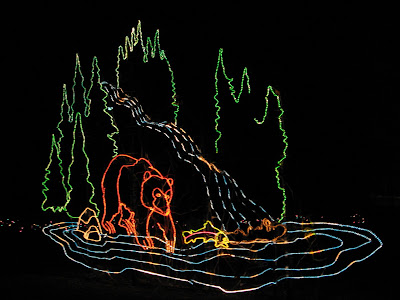 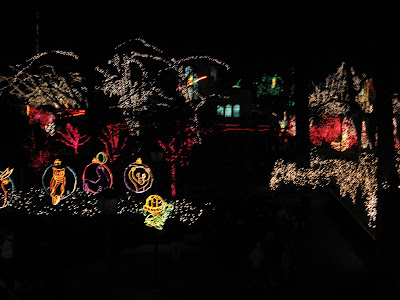 So, um...were there any actual animals?

Hadley would probably like this. It's open for the light thing until Dec. 31st, I believe.

The animals were sleeping, except for a few. We saw grey wolves, seals, and the aquarium and greenhouse were open, too.

Uhm, what happened to Tom's face? He hit a bear or something?

I think he's trying to look like a crazy butterfly. All of his wild, crazed animal faces look the same. And no, I didn't make them pose. They made me take their picture.

Oh, you're talking about the beard, not the crazy expression. It has something to do with manhood, I believe, and not having a girlfriend to complain about it, and family tradition, wild behavior, laziness, warmth, all that. I'll let him explain whatever else it means. It is coming in nicely, though.

Pretty pics!! We went to one that was similar in James Island SC this year.